The new children’s play area in the Abbey Fields was officially opened on May 24th 2013 by Councillor Dave Shilton, accompanied by Councillors Richard Davies and Felicity Bunker, with James Selby from the Round Table and Rachel Shipman, the winner of the competition to help design the layout of the play area. There are two sections – one is for the younger children on the site of the old bowling green and this is fenced all around for safety’s sake. The other section, for the older children, is on the site of the old facilities.

Please note that there are no dogs allowed in the fenced off children’s area. 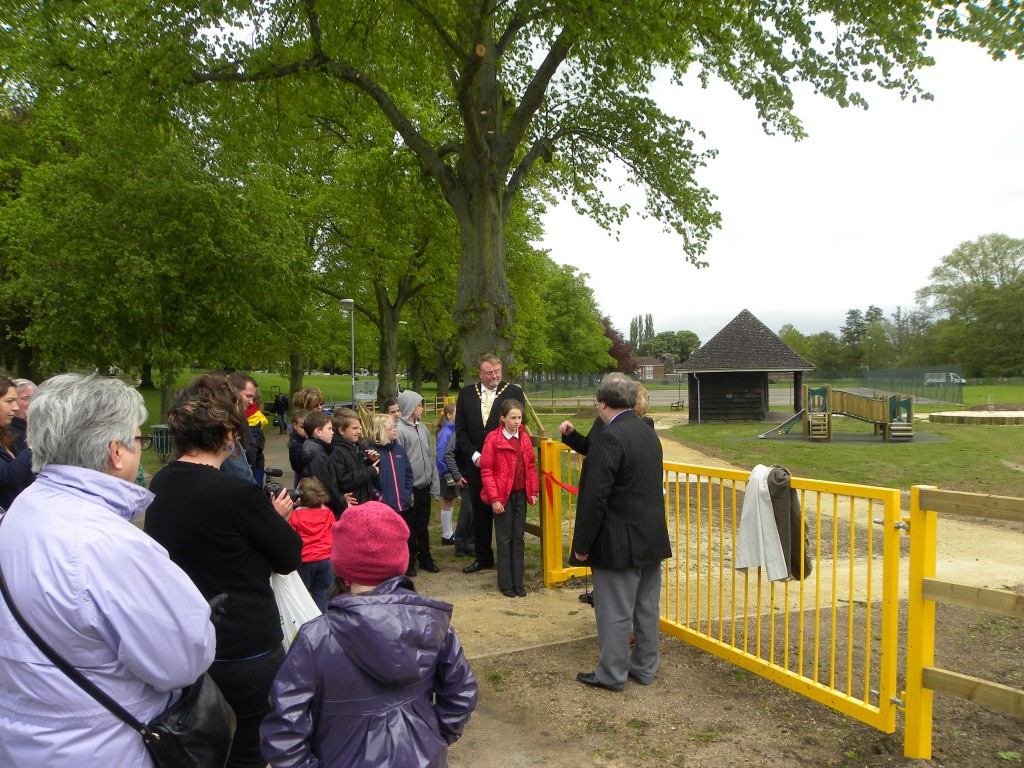 The opening of the Play Area, May 2013. Photo by Dave Rickers. 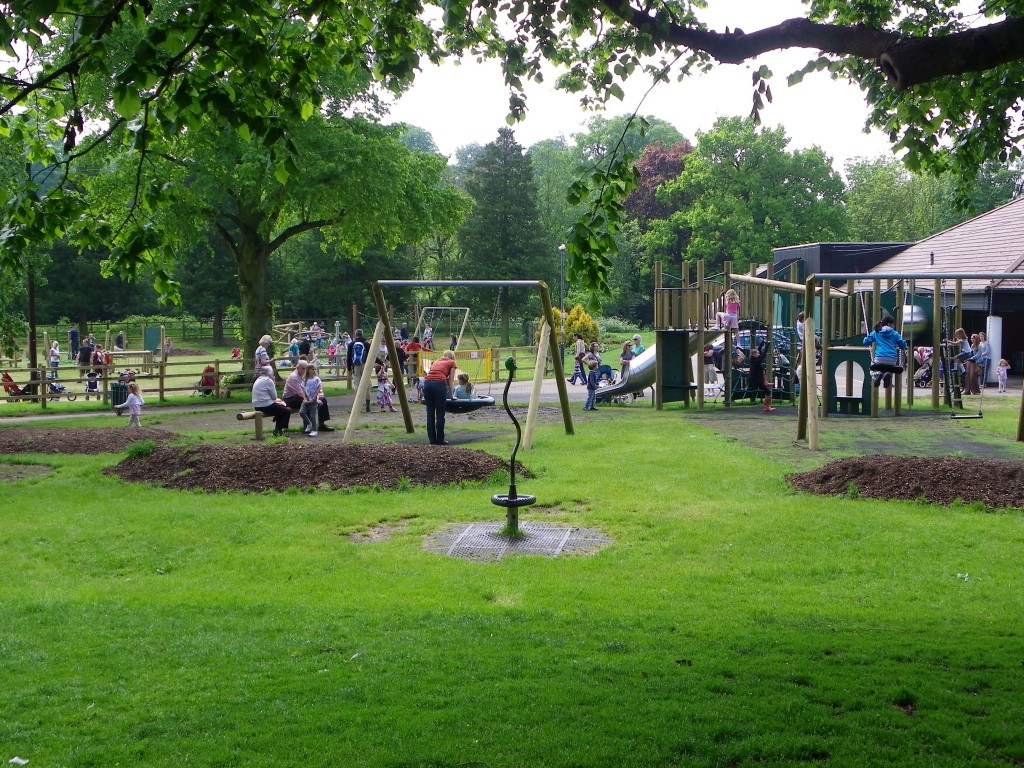 A view of the two play areas. Photo by Jim Dunlop.

Accompanying this development is a programme of sowing and planting in three areas as shown in the following pages:

The Boundary    The Meadow  The Rain Garden