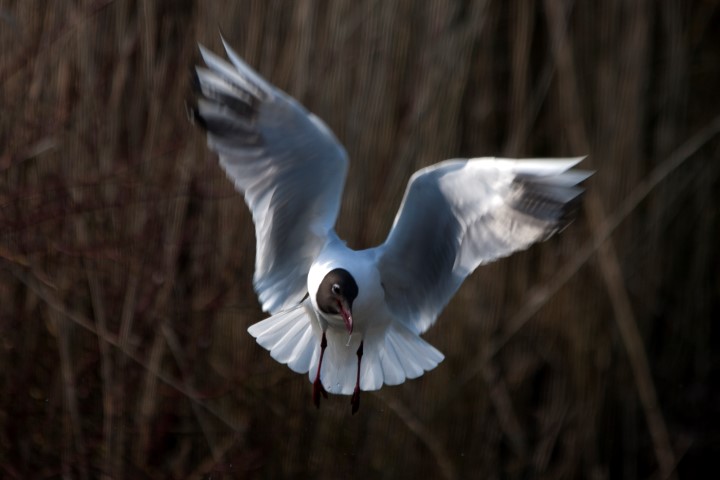 Not really a black-headed bird, more chocolate-brown – in fact, for much of the year, it has a white head. It is most definitely not a ‘seagull’ and is found commonly almost anywhere inland. Black-headed gulls are sociable, quarrelsome, noisy birds, usually seen in small groups or flocks, often gathering into larger parties where there is plenty of food, or when they are roosting.

The commonest inland gull, particularly in N England, Scotland and Wales. Large colonies along the south and east coasts of England.