A proposal has been made to reinstate the native hedge that ran from Abbey Hill to Finham Brook until the 1950s. Friends of Abbey Fields and Warwick District Council are jointly investigating this possibility. This map shows the intended location of the hedge. 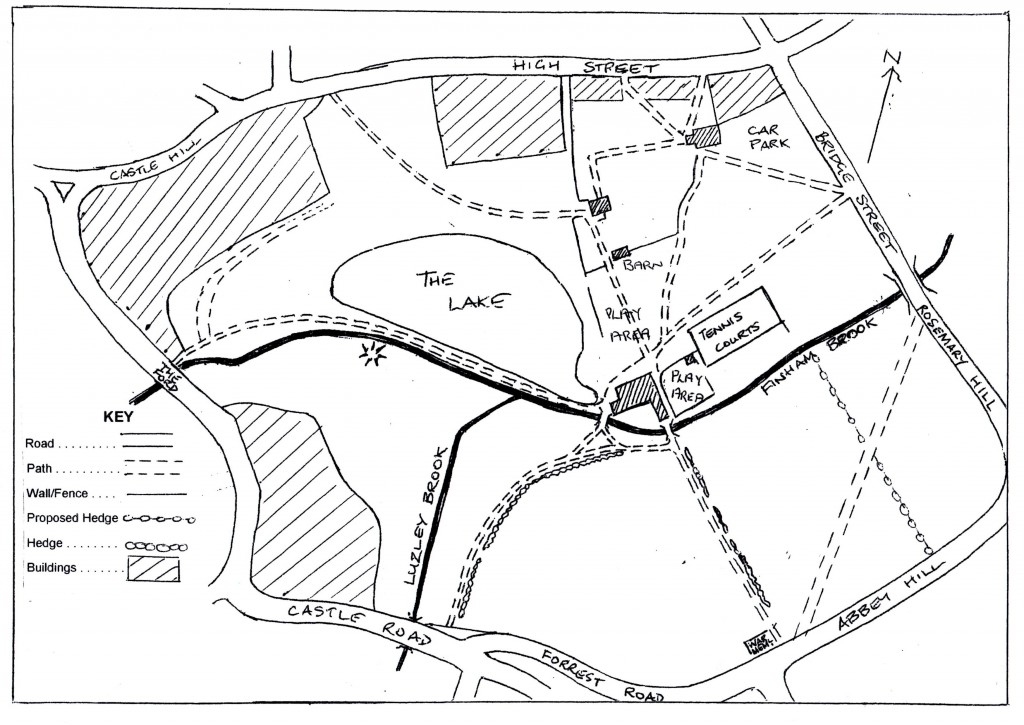 The following is an extract from the minutes of last month’s AGM, which might answer any questions forming in your mind!

“It had been suggested by Jon Holmes that a medieval hedge could be reinstated parallel to Bridge Street alongside the Wildflower Meadow. An aerial map taken in the 1950s was produced as a guide to where it was, as well as an old 1892 photo of the hedge as it was at the time looking towards Bridge Street. These photographs were circulated to the members in attendance. This hedge would give wildlife cover and add to the natural feeling of the Fields. We had no costings as yet, but as in the past we would pay for saplings that would be planted with split spading put in as natural hedgerow.

“One member asked if a fence would have to be put in to protect it. Jon Holmes agreed that this would be the case. It was also asked if the hedge would interfere with the mowing of the grass; Jon Holmes said that this would not cause a problem. It would enhance the Wildflower Meadow. Norman Stevens said that they had carried out resistivity of this area and only a small hut had shown up so it would not be a problem to any of the Abbey ruins.”

The picture below shows the hedge in a postcard from Francis Frith, with whose permission the image is included here:

If you have any comments on this matter, please send them to membership@friendsofabbeyfields.org.uk with a subject of “Hedge proposal”. You will not receive a response, but all views will be taken into consideration at the appropriate time.